Chicago began as a Native American settlement and was a popular hub for the Algonquin tribe which stretched all across North America. The area was quite wet with the Chicago River flowing through the now modern day streets. Chicago is considered one of the largest American cities after New York and Los Angeles. It is classified as a world center for trade, transport and conference organization.

Traveling the modern day streets in the downtown area as you cross the river gives you a feeling that the city was difficult to engineer. Today, we will examine the architecture and some interesting facts about this awesome American City.

Chicago is one of the most architecturally important cities as it is home to many of the early skyscrapers in the world.

Unfortunately, in October 8-10, 1871 during the start of the peak of immigration to America a fire killed 300 people and destroyed 9 km2. .This disaster allowed the downtown to rebuild completely, and enterprising Chicagoans chose masonry to replace the wood structures. A common sight in Chicago for tourists is witnessing the beautiful old Water Tower on Michigan Avenue built in 1869 right before the fire. Perhaps, this last rare standing building in the fire gave architect’s much new dreams!

In the 1880s, the buildings suddenly thrived in Chicago, and twenty-three skyscrapers were built, unlike other american skyscrapers, that were not scattered in the city. Each of the skyscrapers had its own shape and name and had special features, but their difference does not create chaos.

The City of Chicago’s buildings and its architecture style that arose are now commonly called Chicago School.

The Chicago School was divided in two in modern understanding, the first school which describes the buildings built during 1880s - 1890s. And the second school, buildings built later in history are known for it’s Tube Structure.

Some of the highlights of Chicago School include the use of steel frame buildings with paved stone coverings that allow building large glass windows and reducing the amount of exterior decoration. The most common new method was steel clad terra-cotta. This allowed for much new flexibility in tall construction and arose to prominence after the Columbian Exposition in 1893. Elements of neoclassical architecture can be seen among the skyscrapers of the Chicago School.

The skyscrapers of Chicago School consist of three division of classic columns in the lower floors act work as a base, the middle floors usually work with small decorative details, such as the axis of the pillar, and the second floor which is often covered with cornice which has more decoration, represents crowns and centralization of structure. In the image of the Chicago Building you can see this perfectly, most notably the 3 columns and second floor decorations.

The Chicago window design is native to the chicago school. The window is a three-part window consisting of a large fixed center plate surrounded by two smaller windows with two sliding frames on both sides. Arranging windows in this interface creates a grid pattern some windows protrude from the front of the structure, and the resulting windows are created.

The Chicago window contains applications such as light entry and natural air conditioning. In this type of window the central window is usually fixed, while the two windows surrounding it can be opened and closed. These windows which often dot the sides of the structure and are commonly tall windows which dominate the street.

The most prominent architects of the Chicago school

Among the most prominent architects at the Chicago school are  Henry Haspoon, Richardson, Danker Adler, Daniel Burnham, William Hallbird, William Liburn Jenny, Martin Roach, John Roth and Solon. s. Biman and Louis Sullivan. Of course, other architects, such as Frank Lloyd Wright, also worked under the auspices of the office of great architects, such as Adler and Sullivan, and they fall into this category, that is the same people who founded public relations and education for this method later.

The Home Insurance building of which some of these Architect's are also known for: the world’s first skyscraper, was built in 1885 and demolished after only 46 years, in 1931.

The second Chicago school was born in the 1940s with Ludwig Mies and Andrea's activities and effort at education at the Illinois Institute of Technology in Chicago. The first and most important aspect of this school was the Lakeshore Drive apartment in 1951 and its technology advances. The school was revived in the 1960s with the ideas of a civil engineer, Fazlur Rahman Khan. introduced a new pipeline framing system in the design and construction of skyscrapers.

Engineer Fazlur Rehman Khan, a Bangladeshi engineer, invented a tubular frame structure as a 3D structure and an area of 3-4 frames and a solid frame adjacent to one another; or connected to the edges because the tube-like frame is able to show more resistance to lateral force by supporting forces such as wind through the base. External columns are also glued to this type of structure.

Therefore, horizontal loads, such as wind, are easily repelled by the frame. This leaves about 50% more of the window available. The tubular frame structure also allows to build fewer internal columns so more floor space can be used. In cases where larger doors are required such as garage doors the pipe frame must be cut and the facade must be supported by beams used to maintain the integrity of the structure.

The first building to be constructed using a tubular frame structure was the Dewitt Chestnut. Khan and commissioned in 1963 in Chicago. The building provided the foundation for the use of tubular frame structures in many other skyscrapers including the John Hancock Center and Sears Tower (Willis Tower) and later in the construction of the World Trade Center, Petronas Tower, Jin Mao Building and many other skyscrapers very popular in the 1960s world-wide.

The tower is located in Chicago and overlooks a public square with river views adjacent to the prominent Wrigley Building.

The construction of the tower changed the way people see the Chicago river; the width of the tower is designed to reverse along the river bank and is sensitive to its urban surroundings. The south side of the tower is parallel to the river bank enabling the structure to connect to the north-south chicago street grid. The building is noticeably similar in shape to the Wrigley Building if you compare them side by side. The respect given to the French Renaissance styled Wrigley Building shines through in the Trump International Hotel & Tower shape and pointed top.

The side structure of Trump International Hotel & Tower consists of basic concrete which was chosen as primary structural material to take advantage of its ability to provide a solid frame with high damping. The foundation of the tower consists of rug with a thickness of three meters supported on rock sacks. The stone foundation represents the largest laying of self-consolidating concrete in North America, the designers and engineers decided to use SCC after seeing it’s success under the Burj Khalifa in Dubai.

The construction firm who built Trump International Hotel & Tower is Power Construction. The most famous of current Chicago construction companies.

The Trump Organization was tasked with designing and keeping Power Construction’s work on schedule and on budget.

The tower uses river water to cool the building. As the water used is returned to the river and the computerized control system regulates the temperature and ventilation of the building partial green roofs can be found on the balcony in turret levels. Each of the curtain wall panels are made of aluminum-coated thermal glass with a thermal coating that helps retain heat in winter and cool air in summer.

The vista tower is unique in its vertical undulations which derive its shape from the “frustume” which is geometric shape that is commonly found in precious stones. Vista tower is the tallest tower in the world designed by woman so we can see some feminine touches on this tower. The reason to use frustume engineering gives advantages from the inside and outside reducing the visual problems in the presence of columns. Ripples in the glass not only give an optical attraction but also perform an energy saving guest.

Vista Tower is another first for Chicago, it is the tallest structure in the world designed by a woman, also currently Chicago has it’s first Lesbian Mayor ironically at the time of Vista Tower completion.

I hope you enjoyed our overview of Chicago Architecture, I encourage you to visit!

Thanks for reading!
- John & Motasem in collaboration.

P.S. - Motasem the Architecture Expert and John the Chicago Native.

3-The tower and the bridge : the new art of structural engineering by Billington David P.99-110 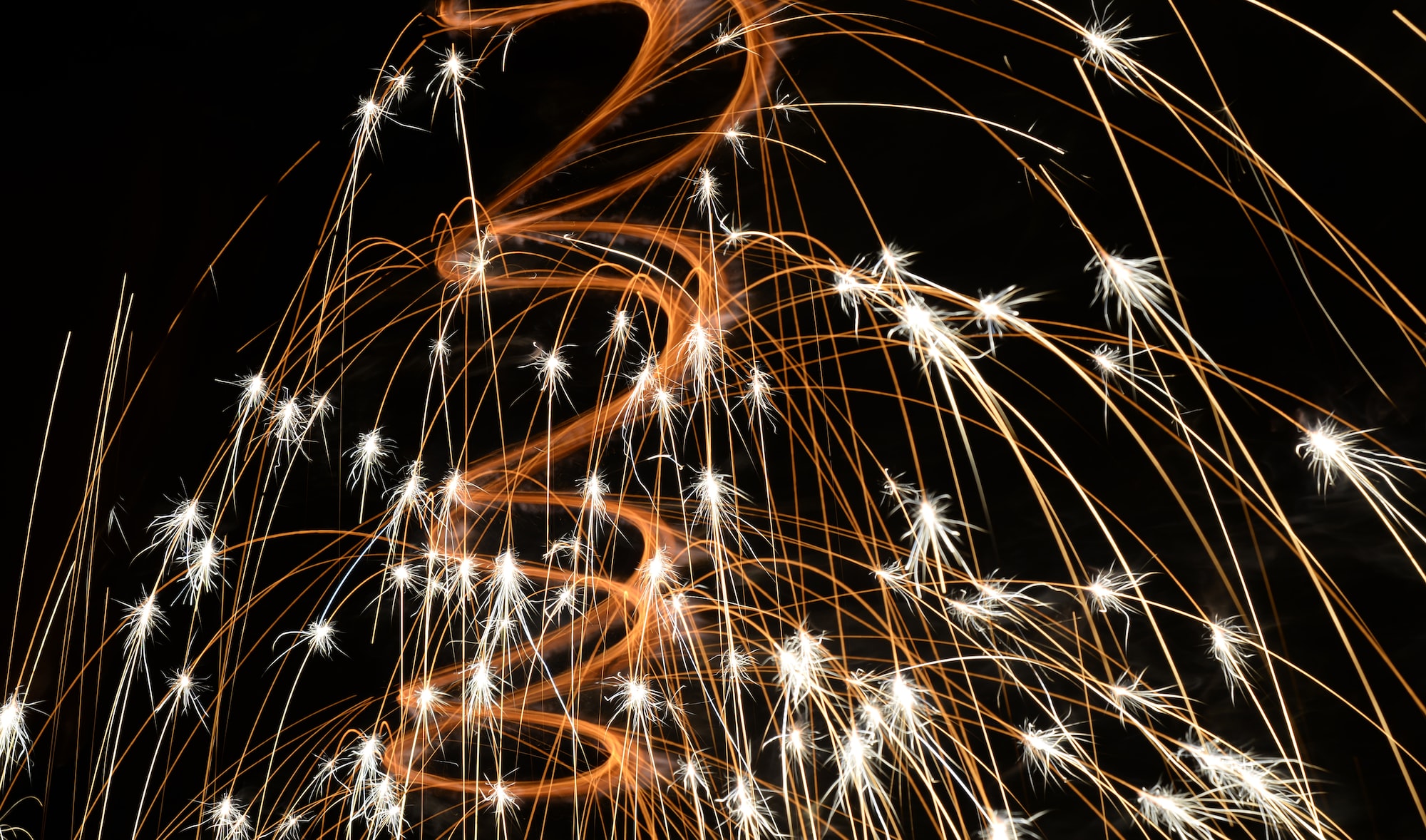 Fungi are unicellular or multicellular heterotrophic organisms. They are important both in terms of their economic and ecological role.