In the previous article, we talked about Islam’s interest in architecture from the era of the Prophet Muhammad, so he built the first mosque with a very smart design that serves the modern Muslim community. Then, Islamic architecture moved from the stage of simple architecture to more beautiful and creative architecture. When the Islamic state expanded in the Umayyad era, they built palaces and houses. Desert and mosques with very beautiful inscriptions in Damascus and the countries of the Arabian Peninsula.

While Europe was living in a dark age dominated by the Church and almost everything was considered taboo, Andalusia was living at the height of its openness and science, making it the gateway to science and art to Western Europe.

After the Muslims moved to Andalusia, a new stage of science and arts began, so they paid great attention to them until it became a beacon of science and art in Europe. Andalusia built the most beautiful palaces, mosques, and ancient cities with its clear mark in Europe, so what made the effects of this list exist today.

The origins of Andalusian Islamic architecture
Andalusian architecture has benefited from its well-established Islamic faith in the Arabian Peninsula, and this is what distinguishes it from the rest of the architecture in that it is an ideological and spiritual architecture, but it cannot be denied its influence on other civilizations.

It is a mosque and cathedral in Cordoba. It was a mosque in the era of the Andalusian state, but after the Muslims were expelled from Andalusia, a cathedral was built in the middle of the mosque and I will analyze the story of the cathedral’s construction in part of this article.

The mosque is rectangular in shape, and this follows the architectural style of the first mosque (the Mosque of the Prophet Muhammad). It is divided into two parts, "the prayer place and the outer courtyard."

The outer courtyard contains many types of trees, and the reason for this may be so that the believers feel as if they are in heaven (according to the belief of Muslims), as I mentioned earlier that Islamic architecture is distinguished because it is an ideological and spiritual architecture.

The roof was covered with tiles in a gabled shape, and this shape was due to the influence of Muslims from the Spanish environment because they used tiles on the roofs of buildings in abundance, and the mosque was filled with corridors, which numbered 50 corridors, the doors are copper-coated and numbered 21 doors, and the walls of the mosque were decorated with silver and mosaics.

The cathedral was built after the Muslims were expelled from Spain, but what was the purpose of building the cathedral in the middle of the mosque?!

Well, here is my theory and impartial analysis of the matter. We cannot deny that the Muslims occupied Spain and made the Spaniards under their rule - but there were many ideological and military reasons for the occupation of Spain that I couldn't go into - and the name was changed, and all of these are symbols to convey the idea that the dominant here is Muslims, but After the corruption of the Muslims at the end of their rule they were expelled from Spain, to show the strength of the Spaniards and the Christian faith and their control over Spain, the cathedral was built in the middle of the mosque (it is more like a revenge operation in my view)

The Alhambra Palace witnesses the Islamic architectural heritage in Andalusia, which was a beacon of technical and engineering sciences for the whole world. These ideas were combined in one building, defying the traditional physical laws, so they excelled in transferring water to the palace and even how the waterworks.

“They used not again, but again, capitals, columns, and pieces of architectural detail taken from Roman buildings, but they had absolutely no hesitation. Using the skills of Byzantine craftsmen and Persian masons in building and decorating their new structures.” -Talbot Hamlin-

The most prominent landmarks of the Alhambra Palace:

In the center, there is a marble fountain consisting of 12 lion heads. This was an engineering achievement in circulating water inside the palace, and the symbolism of lions was taken from the Arab and Islamic control, power, and influence in Andalusia.

It is a part of the Alhambra Palace, in which intricate stucco art is spread using marble. Classical columns and Islamic muqarnas arches were used, one of the most beautiful arches in the ancient world.

“The architecture, like all other parts of the palace, is elegance rather than grandeur, matched by graceful and graceful taste and disposition for jovial enjoyment. When one considers the fanciful decorations of the provinces and the seeming fragility it is hard to believe that so much has survived the wear and tear and The centuries, the shocks of earthquakes, the violence of war and the quiet, though nowhere near humiliating to excuse the folk traditions that protect them are all magical.” — Washington Irving

The Islamic inscriptions were a very important element to show the refined Andalusian beauty that makes the visitor of the palace feel confused so that he thinks that the palace is still inhabited until this moment.

The Andalusian Islamic heritage is still present to adorn Spain and witness a great open civilization that changed the European way of thinking in architecture and the arts, a refined architectural flame from which we are still learning sciences, Andalusia was a jewel of international Architecture. 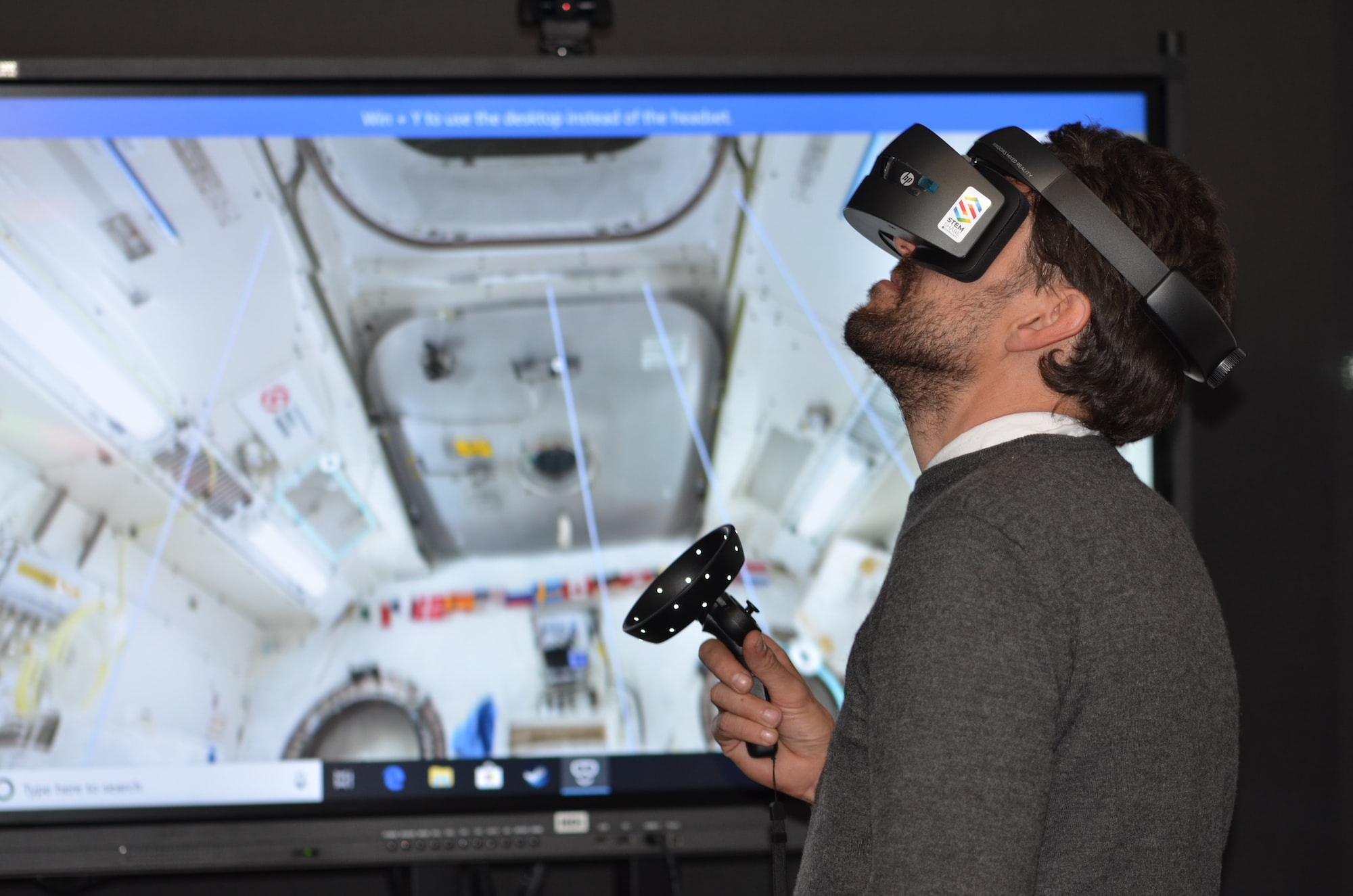 Immersive Technologies and their applications.