Indian economy is comprised of poor segments in the majority! The situation can be very well understood from the Income Tax Department data w.r.t. the number of taxpayers! In the financial year 2018 – 19, the number of tax returns being filed was 5.5 crores or 55 million people only, out of which 33 million pay tax to the government! The implications are clear that to fund the economic development and growth of the country having a population of 1.3526 billion. The positive outlook on the numbers is that at least the number of tax returns is 55 million, which means the numbers of taxpayers shall increase from 33 million. (article continues below)

These number needs to be increased and the good part is that the central government is working hard to chalk out strategies to increase the tax ambit. In such a situation and also when the level of corruption is high in the country, more avenues and platforms are required to be developed so that more citizens become part of the taxation policies! This can be well achieved if the lower strata people are empowered with economic power. Government schemes are somewhat acting like a stimulus for the time being or like a steroid to boost it for the time being only! Today, the need for a long run period boost is required to uplift the economy, for facing the future challenges of the stiff and ruthless business environment! This present COVID – 19 pandemic is one of the faces of such uncertain future wrath!

The Statue of Unity is a well-thought strategy of the Central Government in its 1st term of tenure under the leadership of Mr. N. Modi, the Prime Minister of India. The statue has been inaugurated by Prime Minister Shri Narendra Modi on 31st October 2018, at the eve of the 143rdbirth anniversary of Late Sardar Vallabhbhai Patel (popularly known as Iron Man of India). The PM Modi under a campaign, collected soil and scrap iron farm implements from 169,000 villages across to make the statue truly a symbol of unity (source: https://www.larsentoubro.com/corporate/products-and-services/sardar-patel/the-statue-of-unity/). The said structure has faced its severe criticism as well, but in this article, I would like to present a view for the brainstorming of the readers at large. The sole purpose of this exercise is to enable readers with the ability of self – analysis and a step towards developing a rationality concept! Hereby, to decide and forecast the economic implications themselves and later verifying their claims with the data of the government!

The cost of the structure is Rs. 2989 crores or 430 million USD (approx). The arguments come as criticism that the whole amount is a sheer waste of taxpayers' money! Many other developmental programs (s) could have been initiated with this quantum of money to support the countries GDP! Well, let us visit the project to lay down one's own conclusion.

The Statue of Unity is located on the bank of Narmada River in the Narmada Valley, Kevadiya Colony, Narmada District of Gujarat, India. The neighboring villages/town to the statue are; Vasant Pura, Zarwani, Gora Colony, Vadgam, Manibeli, Surpan, Gadher, Barkhadi, Nagadpur, Rajiv Van, Kothi, Indravarna, Fulvadi, Tadvi tribe, Waghodia, Limbdi and Navagam. Why I have mentioned the neighbors is to understand the economic condition of the area in comparison to the Gujarat state as a whole!

These economic centers and 21 districts for GHSMhad generated 269.70 Billion USD during 2020 – 21 (source: IBEF.org/states/Gujarat-presentation) with 2800 USD PPP or GSDP per capita of the state. This statistic sounds very good, though still, a considerable section is under the economically weaker section of the state. The above–mentioned economic centers are concentrated on the western belt of the state leaving a few like Ahmedabad and Vadodara, etc.

The Statue of Unity is located in the middle of all places mentioned above. Thus, very beautifully, the location has been chosen by the Government! In India, people being religious will not like to miss such an opportunity to visit so many religious places with it and also at the same time enjoying waterfalls, campsite, gardens and jungle safari day and night modes!

The neighborhood is not that rich and this Statue will help all the neighbors to get some additional income through tourism! Thus, the economic status of the people will be improved over a period of time. The question is why to visit this Statue is as follows:

Thus, activities for all!

The economics behind it that we must know and understand! The cost is 430 million USD approx. With a project life of 1000 years. The entry ticket system is as follows:

The footfall till 30th November 2019 was 30,90,723,with a revenue of Rs. 85.57 crores that are Rs. 850.57 million, i.e., 12 million USD approx. (1 USD = 72INR), as per Sardar Sarovar Narmada Nigam Ltd. Where, the cost of operations and maintenance is Rs. 438 million per year or 6.08 million USD (1 USD = 72INR). Shying away to show concentrated econometrics here using annuity tables, calculus etc., I think that break-even point shall take place around 10 years maximum with the current inflation rate and growth projections! In a year, the revenue has covered the operational cost, i.e., it is covering the AVC or Average Variable Cost, which is encouraging for any project! This is only one side of the coin or story so far. To understand more, we must move ahead towards the welfare economics for which every state works! The total project cost was Rs. 3000 crore or Rs. 30 billion or 430 million USD. Being too pessimist, the cost on the workforce, i.e., labor, so incurred shall be around 10% of the project cost that amounts to 3 billion INR or 45 million USD, amount that has gone to the poor people, as wages. Furthermore, estimates say at least 15% of locals will get employment from the project! Please note that this employment largely includes employment to the grassroots people required for the class 4 job, which will help the country improve PPP much more than the posting of incremental revenue from the industrial giants, as this is going directly in the hands of the real poor!

In an article on https://www.quora.com/Is-it-worth-spending-Rs-2-989-crore-on-the-Statue-of-Unity, a quantified study posted by Mr. Saurabh Suman, where he has shown the Payback period to be 30 to 35 years! But, this whole calculation is biased because only the side of the revenue generation has been discussed and the other side of revenue generation from other sources is not considered. For instance, the tax collected is also the revenue part of the govt. As estimated, around 1.53 billion USD investments are to be witnessed in that vicinity. This means that if the profit on an average for 10 years is 5% being pessimist will amount to 76 million USD per year. So, corporate tax at 30% on this amount is not considered. Similarly, the tax amount so generated on the income of employees of these corporates, small entrepreneurs emerged in the vicinity because of the project and employees hired in the project is also not considered. With the addition of such revenue also generated with the multiplier effect(that will depend upon the MPC of that area) will bring down the PayBack period significantly.

Hereby, the above study becomes misleading, so I request the readers and/or the people doing analysis on such issues please have a piece of sound knowledge on Macroeconomics to unlock such puzzles before commenting!

The catch is when the learned people like Mr. Raghuram Rajan, the former RBI Governor, give naive and shallow statements on such investments is sad because his statement is politically motivated and thus, biased.

Another, gentlemen Mr. Rutul Shah on the same portal abovementioned, raised concerns that the money can be utilized for some other development project related to demographic issues, etc. Here, one must understand that the demographic issues die there own death once the economic activities start taking place in the region excluding the issue of the density of population due to migration. Although, this issue can be resolved if the entrepreneur utilizes the local workforce and train the workforce as per the need as and when required

One must understand that the money incurred shall not only be studied focusing on the project! This is so because the investment will be on the ancillary sites in the surroundings, purchases made in the form of souvenirs, local transportation and hospitality, food etc. too. In this whole process, the poor segment too will get a share of the spending! This will help the grassroots poor get economically stronger and this is what is required to foster the rate of economic development and growth for any country. The higher the PPP of grassroots people, the more reliable the Green GNP, HDI kind of concepts. In reality, to make more reliable projections, we need to take more parameters to study using many related studies of the parameters. This is part of thorough research to be done. In a nutshell, I will say that such projects need to be taken up by the governments keeping in mind the grassroots people for serving the purpose of financial inclusion and social welfare, on which hell lot of lectures have been delivered at large! One shall not forget that in the future, the tertiary or service sector will play a more pivotal and dynamic role as compared to the industrial or Secondary Sector. Many economies in the world are being living in this Tertiary Sector only!

“Economics is as easy as sipping a can of coke, and at the same time, it is as complex as solving the mysteries of unlocking the future for generations to come and living ones.”

Shares are the way the total capital of a joint venture company is divided into small parts.
Jul 5, 2021
4 min read
Apr
27 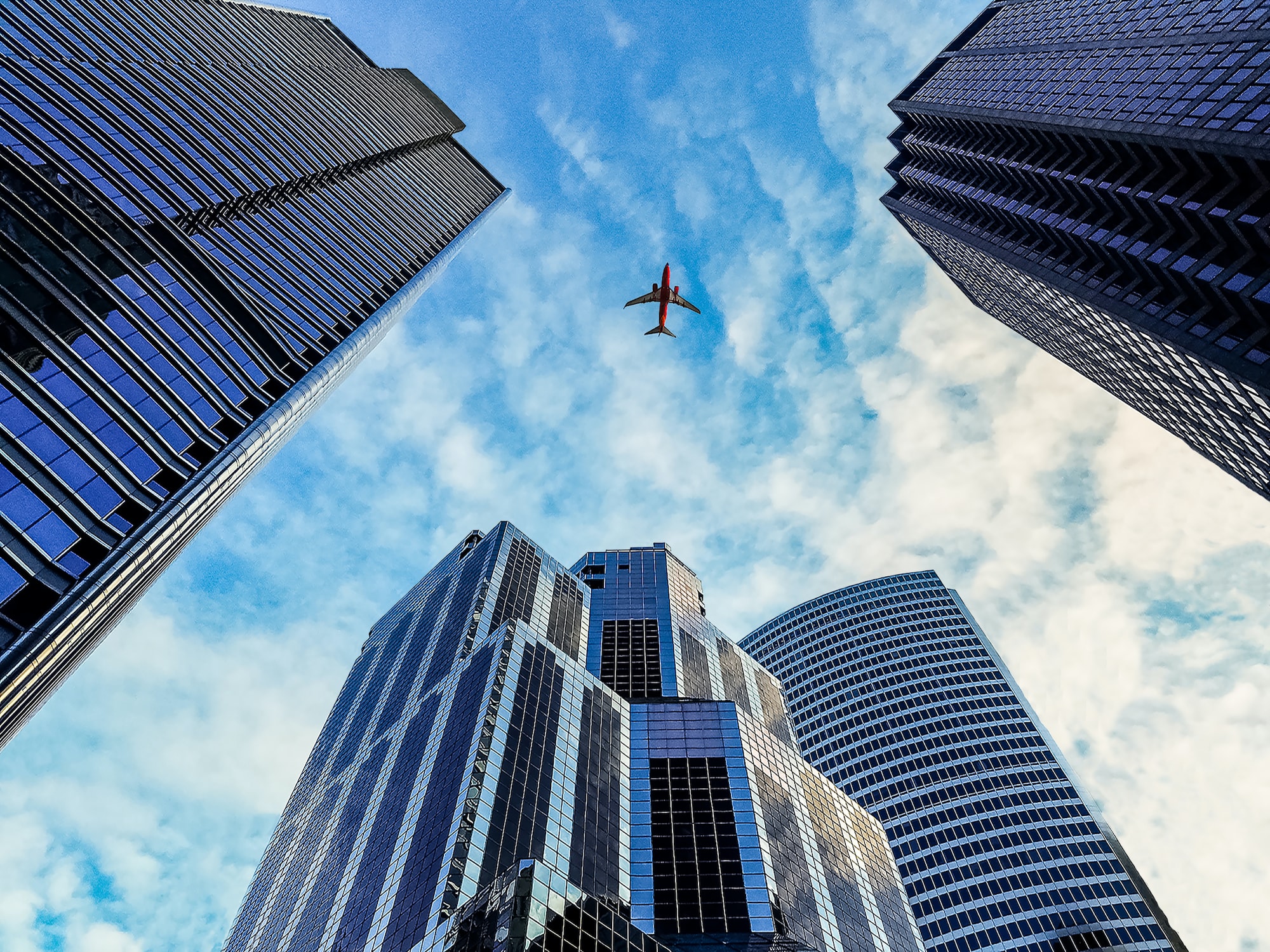 Islam is a complete way of life. Islam has shown the rules of every sphere of life from birth to death. And Islam has given a complete solution to the economic problems and various aspects of the human life system.
Jan 28, 2021
4 min read