Rumors about the deactivation of Facebook's face recognition system are spread by the users.

And there are many doubts about its right and wrong. But the truth is that Facebook plans to shut down its face recognition system this month. Also, delete face scan data from more than one billion users. And it should practically remove this feature. Because it has raised privacy concerns, government investigations, mass complaints, and legal issues.

What is facial recognition?

As stated by the Kaspersky security company, Facial recognition is a way of identifying or confirming an individual’s identity using their face. Facial recognition systems can be used to identify people in photos, videos, or in real-time.

Facial recognition is a category of biometric security. Other forms of biometric software include voice recognition, fingerprint recognition, and eye retina or iris recognition. The technology is mostly used for security and law enforcement, though there is increasing interest in other areas of use.

How does facial recognition work?

Typically, facial recognition does not rely on a massive database of photos to
determine an individual’s identity — it simply identifies and recognizes one person
as the sole owner of the device, while limiting access to others, such as Corrupt Government.

Beyond unlocking phones, facial recognition works by matching the faces of people walking past special cameras, to images of people on a watch list. The watch lists can contain pictures of anyone, including people who are not suspected of any wrongdoing, and the images can come from anywhere — even from our social media accounts. Facial technology systems can vary, but in general, they tend to operate as follows:

Step 1: Face detection
The camera detects and locates the image of a face, either alone or in a crowd.
The image may show the person looking straight ahead or in profile.

Step 2: Face analysis
Next, an image of the face is captured and analyzed. Most facial recognition technology relies on 2D rather than 3D images because it can more conveniently match a 2D image with public photos or those in a database. The software reads the geometry of your face. Key factors include the distance between your eyes, the depth of your eye sockets, the distance from forehead to chin, the shape of your cheekbones, and the contour of the lips, ears, and chin. The aim is to identify the facial landmarks that are key to distinguishing your face.

Step 3: Converting the image to data
The face capture process transforms analog information (a face) into a set of digital information (data) based on the person's facial features. Your face's analysis is essentially turned into a mathematical formula. The numerical code is called a
faceprint. In the same way that thumbprints are unique, each a person has their own faceprint.

Step 4: Finding a match
Your faceprint is then compared against a database of other known faces. For example, the FBI has access to up to 650 million photos, drawn from various state databases.

On Facebook, any photo tagged with a person’s name becomes a part of Facebook's database, which may also be used for facial recognition.

If your faceprint matches an image in a facial recognition database, then a determination is made.

Of all the biometric measurements, facial recognition is considered the most natural. Intuitively, this makes sense, since we typically recognize ourselves and others by looking at faces, rather than thumbprints and irises. It is estimated that over half of the world's population is touched by facial recognition technology regularly.

Jerome Pesenti, vice president of meta artificial intelligence, is Facebook's newly registered parent company. "The social network is making the change because of" many concerns about the place of face recognition technology in society, "he said in a blog post on Tuesday.

He added that the company still sees this technology as a powerful tool, but each new technology has advantages and disadvantages that we want to find a balance point.

Face recognition software automatically detects people appearing in users' digital photo albums. And suggests users "tag" them all with one click. And link their accounts to images.

Facebook has now built one of the largest digital photo repositories in the world.
That part of it is thanks to this software.

Face recognition technology, which has advanced in recent years in terms of accuracy and power. It is increasingly being debated because it can be exploited. In China, authorities use these capabilities to track down and control Uyghurs, a predominantly Muslim minority.

In the United States, law enforcement officers have turned to software to help police. Which has led to fears of wrongful arrest, and some awkwardly think it leads to rape. But some areas have banned or restricted the technology to prevent possible misuse.

Facebook only used face recognition features on its site. And it did not sell its software to third parties, however, this feature became a privacy and monitoring issue for the company.
People often ask questions about how much face data Facebook has collected.
And they asked what the company could do with such information. Face images found on social media can be used by startups and other entities to teach face recognition software.

Last year, Facebook agreed to pay $650 million to settle mass protests in Illinois that are accused of violating state law. To obtain the consent of residents to use their biometric information, including the geometry of their faces. These revelations have led to congressional hearings and oversight investigations. Last week, CEO Mark Zuckerberg changed the name of Facebook's parent company to Meta. He said that he will direct the resources towards making effective and useful products in this technology.

This means when new photos or videos of them are uploaded to the social network.
Receive alerts. This feature was also used to mark accounts that may be someone
else's identity. The technology was incorporated into software that described photos to blind users.

Although Facebook plans to remove more than one billion digital scan face recognition patterns by December, it will not eliminate the advanced DeepFace algorithm. The company also does not guarantee the use of face recognition technology in its future products.

Facebook face recognition software has a long and expensive history. When the software was released in Europe in 2011, data protection officials there said it was illegal.

And the company needs consent to analyze a person's photos and extract a unique
the pattern of a face. In 2015, the technology also led to mass protests in Illinois.

Over the past decade, the Electronic Privacy Information Center, a Washington-based privacy advocacy group has filed two complaints with the F.T.C. about Facebook's use of face recognition.

When the F.T.C. fined Facebook in 2015 $5 Billion, citing the site's confusing privacy process regarding face recognition as one of the reasons for the punishment.

Meta discusses adding face recognition capabilities to its products in the future.
In one meeting, Andrew Bosworth, one of the company's senior executives, will become Meta's chief technology officer next year. He told staff that face recognition technology has many benefits. According to the participants and based on his tweets, we also acknowledged the dangers. In September, the company introduced a pair of glasses with a camera, speaker, and a computer processing chip in partnership with Ray-Ban, which, of course, does not include face recognition capabilities.

Facial recognition security and how to protect yourself
While biometric data is generally considered one of the most reliable authentication methods, it also carries significant risk. That’s because if someone’s credit card details are hacked,that person has the option to freeze their credit and take steps to change the personal information that was breached. What do you do if you lose your digital ‘face’?

Around the world, biometric information is being captured, stored, and analyzed in increasing quantities, often by organizations and governments, with a mixed record on cybersecurity, some have even been completely and utterly hacked and ransomwared.

A question increasingly being asked is, how safe is the infrastructure that holds and processes all this data?

As facial recognition software is still in its relative infancy, the laws governing this
area is evolving (and sometimes non-existent). Regular citizens whose information is compromised have relatively few legal avenues to pursue. Cybercriminals often elude the authorities or are sentenced years after the fact, while their victims receive no compensation and are left to fend for themselves.

As the use of facial recognition becomes more widespread, the scope for hackers to steal your facial data to commit fraud — increases. A comprehensive cybersecurity package is an essential part of protecting your online privacy and security.

Just another thing to sell or something else? after all we are talking about Facebook the company that has no boundaries in its moral and legal responsibilities for its clients, maybe it is not something that sinister and evil like we use to see from Facebook but whatever it is I don't like it and I don't want to use it. I think the time has come for companies like Facebook to rethink their policies and their ways of making money out of their technologies, ways that guarantee its client and users' privacy and human dignity. after all, this is not my business because I am not using Facebook and I will never. 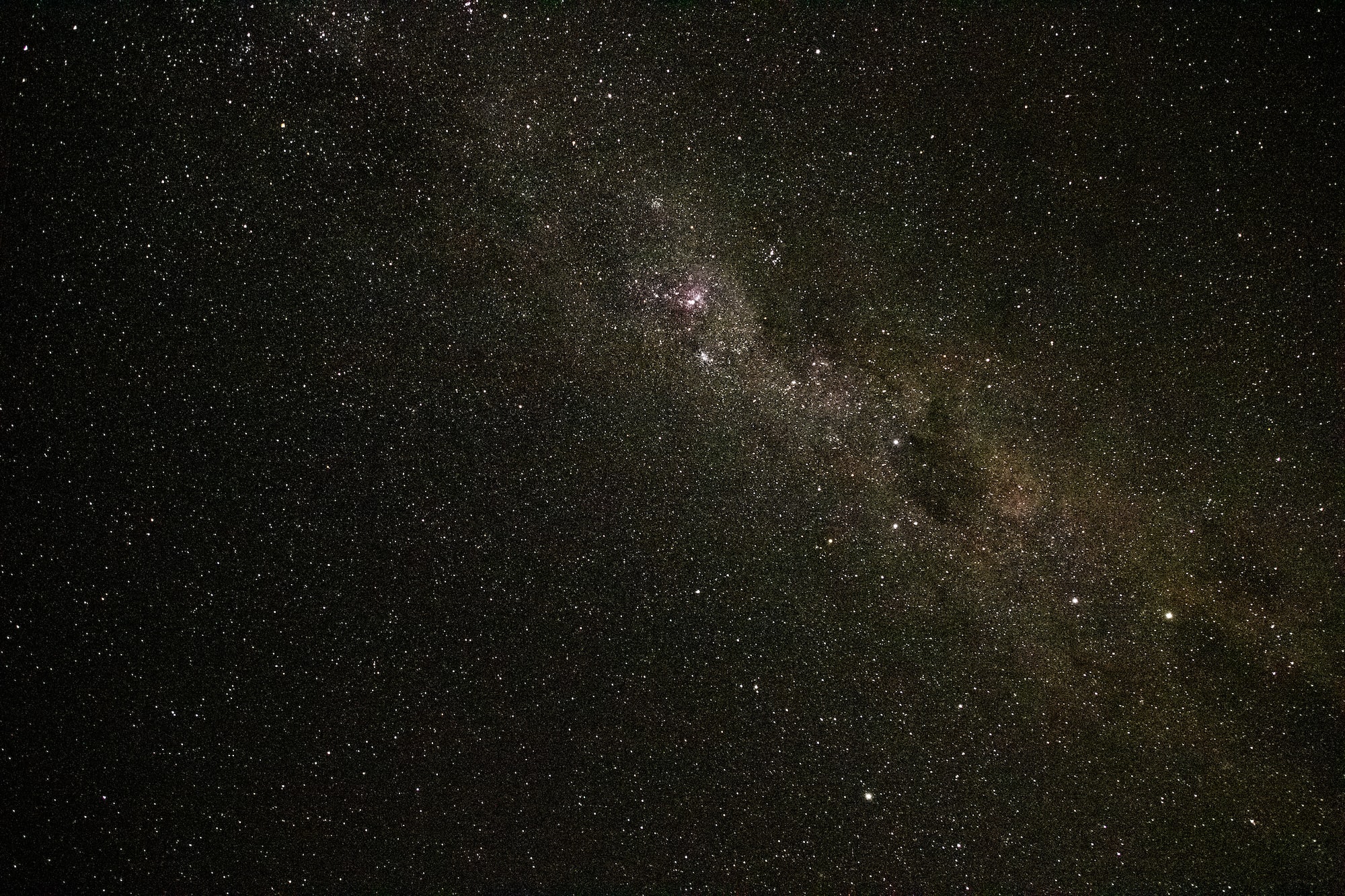 Colin Henry Wilson, a great forward thinker and I can't wait to read him..

Canada, the country of maple syrup, amazing landscapes, Northern lights is located in North America. It holds the record for the second-largest country in the world covering 9,976,140 square km.