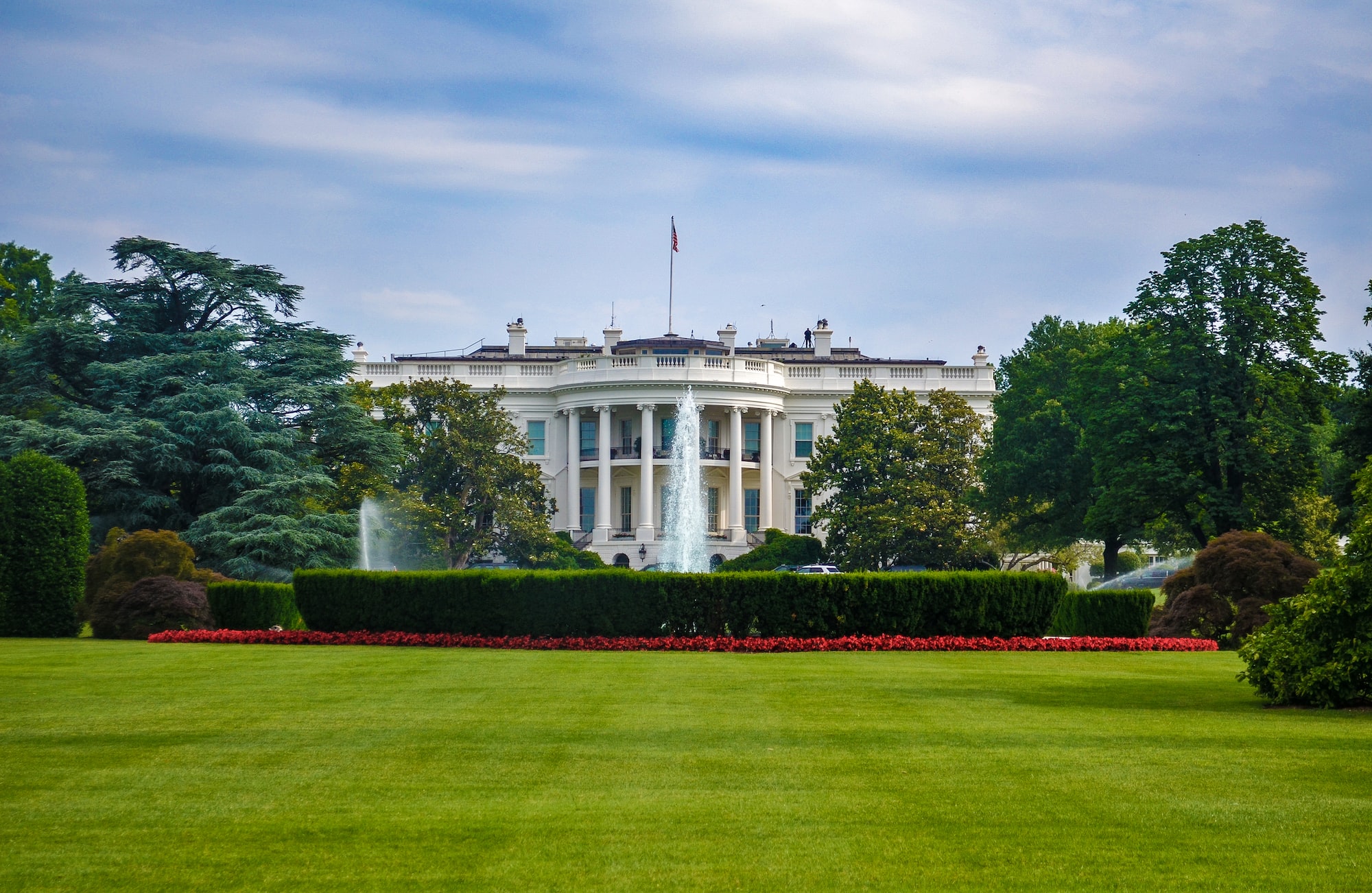 Today we will be examining the Architectural History of the White House itself, it's renovations, and introduce you to the layout of Washington, DC.

President of the United States of America lives in a house named the White House. It is the headquarters of the executive branch of the US Federal Government. America has 3+ layers of bureaucracy, and they all have to abide by the US Constitution. These layers are commonly known as Local, State, and Federal Government.

Today we will be examining the Architectural history of the White House itself and introducing you to the layout of Washington, D.C.

George Washington planned with L’Enfant to design a city with high symbolism and unique of its kind influenced by design of many European cities eighteenth century in addition to the unique gardens in France and elsewhere in Europe where America was supported.

The design makes you feel the importance of the White House. It represents the national system in which decisions are taken that concern all states and radiation indicates that the impact of these decisions extends to all parts of the world.

Design from another point of view

Because George Washington was initiated into the Masonic Lodge at Fredericksburg, Virginia No. 4 on November 4, 1752, he had many business connections and rational skills gained by studying everything he could from this Fraternity.

Being that the Masonic Lodges started in Britain, he must have learned much about his enemy from friends of the American’s who were British.

In his later years and during his Presidency, after the Revolution, he contracted the architect Pierre Charles to design the City of Washington and design it as follows:

All these symbols represent some sort of geometric symbol and it has been noticed that symbols are also used by the US Federal Reserve on current Legal Tender, in the Emblem of the United States of America, and in city planning. [2]

The White House is the headquarters of the President of the United States. Designed by President George Washington and the first person to live in it is President John Adams and this building has become an expression of the American presidency.

George Washington saw it fair to build a private edifice for future Presidents of the United States and entrusted Irish architect James Hoban to design the building, the building is designed in classic style. The building itself took about 8 years to build at a cost of $232,372 at the time with an area of 18 acres. “$232,372 in 1770 is equivalent in purchasing power to about $7,265,705.68 in 2020.” [5] Considering the quality of the building, that is quite a deal given by the suppliers of the materials and construction firms, even by today’s standard, it shows the support the new government had by American and mainly French Trading companies.

Sandstone material “Akoya creek” was used in building, the columns were added in the year 1801 and for the purpose of concealment. The columns were designed by Henry La Trobe in the Ionic architectural style, which is characterized by the lack of inscriptions and therefore it is considered a classic building built in the Ionic style. [4]

The building was burned in 1814 during a war with the British Army, even after the Treaty of Paris. The reconstruction was added to the building of the southern portico and the northern portico which are adorned with many ionic columns.

If you want to know more about the types of columns, visit our previous article

James Hoban came to America following the Revolutionary War, as noted in Frary’s book titled “They Built the Capitol”, Published 1969, by Ayer Publishing. In 1792, Hoban won the competition to design the presidential mansion, later known as the The White House and Washington trusted this new American who was living in Charleston, South Carolina to fulfill his duties, which he did with success. The building is still standing today.

James Hoban gained his reputation through his design in the adoption of the new classical style , James was influenced at the House of Leinster in Dublin and designed the White House plans with similar influence.

He has many designs for buildings which share these influences such as the neoclassical style such as Capitol’s, state offices, and all of his design’s in Washington D.C.

James was also influenced by the masonic lodges it seems, he is used in many of his design the hollow triangle above each building and is considered one of the symbols of this secret fraternity so many have questions about. Please see our source [2] for a direct source from a Masonic Lodge where they offer explanations of possible mistakes made by analyses relating to some symbols and conspiracy theories.

“Hoban served as the U.S. Government's principal architect until President Thomas Jefferson replaced him with Benjamin Henry Latrobe in 1803.” [6]

At the end of his life, he served on the Columbia City Council, rebuilt the White House, developed several Catholic institutions, and died in Washington, DC in 1831.

Expansion started after the fire of 1814 with the addition of the northern and southern portico.

In 1902 the second expansion of the building began adding the water portico which was initially used as an office for president, and the establishment of the oval office. [4]

TR Renovation - Please check out this page at the whitehousemuseum.org. They have all the pictures, and I would like them to get the traffic and recognition.

“Less than fifty years after the Roosevelt renovation, the White House was showing signs of serious structural weakness. President Harry S. Truman began a renovation of the building in which everything but the outer walls were dismantled. The reconstruction was overseen by architect Lorenzo Winslow, and the Truman family moved back into the White House in 1952.” [4]

The White House is more of a symbol than an Architectural marvel. It represents the early days of America and the success of General and President George Washington against British Violence and Taxation. Not many know about George Washington’s influence in the design of the White House, and his chief Architect James Hoban. We hope you enjoyed this article.

This was a research and writing voluntary collaboration between John Lambrechts and Motasem Ayasrh. Motasem provides Architectural expertise and John English and American History in this article.

[1] National Park Service, US Federal Government, The L'Enfant and McMillian Plans. Retrieved from: https://www.nps.gov/nr/travel/wash/lenfant.htm on 07/04/2020

[4] Executive Branch, US Federal Government, The White House Building. Retrieved from https://www.whitehouse.gov/about-the-white-house/the-white-house/ on 07/04/2020

[5] Inflation Calculator Retrieved from https://www.measuringworth.com/calculators/ppowerus/ on 07/04/2020

[6] Honoring James Hoban, Architect of the White House , Authored by William B. Bushong. Retrieved from https://www.nps.gov/crmjournal/summer2008/research1.html on 07/04/2020

Nutrition, Benefits and Uses of Dates will surprise you

Who Gave the Order?

The Miracle Of Honey 2: Skin Care With Honey

Hassan Fathy: The Architect of the Poor

Dubai: a city that achieved miracles