If we want to say this will not happen again, and if we want to build a new reality, we must acknowledge all the crimes and genocides that occurred in the past, otherwise history will repeat itself again in the form of new and endless tragedies and farces, and nothing prepares for such.  Repetition is like a culture of denial and a mindset of denial.

Nedzad Avdic, one of the six survivors of the Srebrenica massacre, says: “I did not expect to be killed, because there were a large number of people, and I did not expect them to kill us all.” Nedzad did not expect that the imagination of racists would lead to a genocide in the glorification of the self and to perpetuate it.  By believing in the power to annihilate an entire human group.

Since the famous Nuremberg trials of Nazi criminals, international justice has witnessed a development in procedural mechanisms and laws pertaining to war crimes and genocide, and the scope of their authority.  Both the aforementioned concepts underwent continuous redefinition and scrutiny, and a debate revolved around the best ways to achieve justice and redress for victims and survivors, a controversy in which the political sciences, law and sciences related to exhumation and the disclosure of their identity collided, and the concept of justice did not survive a single moment of political attraction and international interests.  Among the rulings that were issued lacked the force of legal binding, as in the case of former Sudanese President Omar al-Bashir, and there is another important debate that goes beyond just punishing the perpetrators from the top of the hierarchy of leadership, and it concerns the recognition of the massacres at an official level and its popular and institutional rooted in order to achieve the foundations of national reconciliation.

The occasion of this talk is the 25th anniversary of the Srebrenica massacre. Despite the trial of the top leaders responsible for the massacre and the classification of the crime internationally as genocide, most Serb leaders in Bosnia and Serbia still deny the occurrence of a genocide, and even the Bosnian Serbs celebrate Radovan Karadžić and Ratko Mladic  Mladić as National Heroes!  This rude popular celebration is expressed in an ornate and diplomatic language by denying the massacre by Serbian officials and reducing it to the level of a war crime, as Tomislav Nikolić, President of Serbia did between 2012 and 2017, while the Serbian politician Milorad Dodik, a current member of the tripartite presidency in Bosnia, went  And Herzegovina has referred to the genocide in Srebrenica as a "fabricated myth". The language of denial here takes a similar approach to its counterparts all over the world, focusing on reducing the number of victims and placing the crime in the context of a war in which the parties to the conflict committed mutual crimes.

This general climate of denial in Serbia prompted Serbian human rights activist Professor Sonja Biserko, Chair of the Helsinki Committee for Human Rights in Serbia, to say: “The denial of the genocide in Srebrenica takes various forms, and the methods of denial vary from describing the crime as brutal to describing it as deception.  Denial has its strongest presence in political discourse, in the media, within the law, and in the educational system. ”Sonja describes this societal denial as a“ culture of denial ”.

The significance of the denial process is not merely disavowing psychological compensation for the victims. It is a final stage in the genocide of a human group, in the words of Richard G. Hovannisian, “After the physical destruction of human beings and the destruction of their material culture, there is nothing left for them but the memory, and you become the last target victim. This is because the complete annihilation of a people requires the elimination of the process of remembrance and the suffocation of memory.  Forgery, deception and half-truths transform what actually happened into something that may have happened or even something that did not happen at all.

The importance of recognizing the massacre as a genocide comes from the fact that it is the first step towards achieving true national reconciliation, and not just a peace that lacks rootedness in social, political, legal, educational and media structures, just as denying genocide means that the past remains alive in the present without achieving a rupture with it, as the structures continue. When they deny the genocide, the Serbian nationalists deny the crime of wanting to destroy a group of humanity (Bosnian Muslims), and therefore they do not see the massacre as the culmination of a Serbian nationalist discourse based on historical grievances that inspired a history full of massacres that the Serbs were subjected to during the Ottoman Empire and during the war World Two, this discourse found its climax in Slobodan Milosevic and his team, which systematically planned, before the disintegration of Yugoslavia, to stir up sectarian and nationalist strife between Bosnian Muslims and Serbs as a prelude to ethnic cleansing during the civil war in order to impose a fait accompli that would become the dominant national Serb.

The denial methodology practiced by Serbian nationalists is based on the same Slavic national dimension that produced the genocide, and they consider the decisions of the International Tribunal a US-British conspiracy aimed at demeaning the Serbs and describing them as murderers, this discourse in its essence stems from the existence of a threatened nationalism internally and externally, which justifies the perpetrators to launch a pre-emptive war. Towards people who aim to destroy their community.  The imagined Serbian weed is placed opposite the other threatening neighbor (the Bosnians), and anyone who criticizes the Serbian nationalist discourse can easily be put in this box (the threatening enemy), this speech looks like a fire that consumes its owner and everything around him.

I would like to mention in this context that when laws were enacted to punish massacre deniers against Jews in Europe, the matter did not come, as many Arab nationalists, leftists and Islamists think, merely from the pressure of the Zionist lobby, but the purpose was to acknowledge the existence of a Christian European pattern of thought characterized by racism and condescension towards the Jews.  For many centuries, it resulted in the persecution of the Jews and the desire to exterminate them after their demonization. Thus, after the Second World War, there was a European awareness of the need to teach this truth to subsequent generations so that the roots producing the extermination are eradicated, so that some of those who defected to Nazism realized after the disasters of the World War how the nationalists those who hate the other and want to preserve their imagined human group in the face of the other are themselves the greatest danger to their group and to others. The same applies to Serbia, as denial means practically not to vaccinate future generations against racism, and to make them aware of the dangers of this pattern of thinking, in other words, the denial process is like covering a minefield with a dense layer of sand, but the minefield remains present and liable to explode in any  Moment;  Whenever there are economic grievances and political crises, whenever a right-wing party appears that wants to reach power by provoking the buried minefield, as happened with Milosevic.

If we move from denial as a final stage of genocide to a culture of denial in general as a way to deal with and overcome the problems of the past, it becomes clear to us how dangerous it is not to discuss the black points of the past and its injustices, for a country like Yugoslavia has lived for nearly half a century under a communist rule that is supposed to transcend nationalism. And sectarianism, but this transgression was accomplished through slogans and forced integration. History teaches us how sectarian and ethnic divisions, when forced to hide under the pressure of the ruling authority, circumvent and resort to other means and remain convincingly present within the official and legal institutions, and discrimination continues in an unofficial and unofficial manner.  It is possible for Milosevic and his team to produce nationalist and sectarian tendencies out of nowhere. Likewise, the conflict between Sunnis and Shiates in Iraq, and between different Syrian components, cannot erupt just because of the presence of inflammatory parties or just because of changes made by the dictatorships of these two countries.

In conclusion, if we want to say this will not happen again, and if we want to build a new reality, we must acknowledge all the crimes and genocides that occurred in the past, otherwise history will repeat itself again in the form of new tragedies and farces that do not end, and nothing  It prepares for such a repetition as a culture of denial and a mindset of denial. 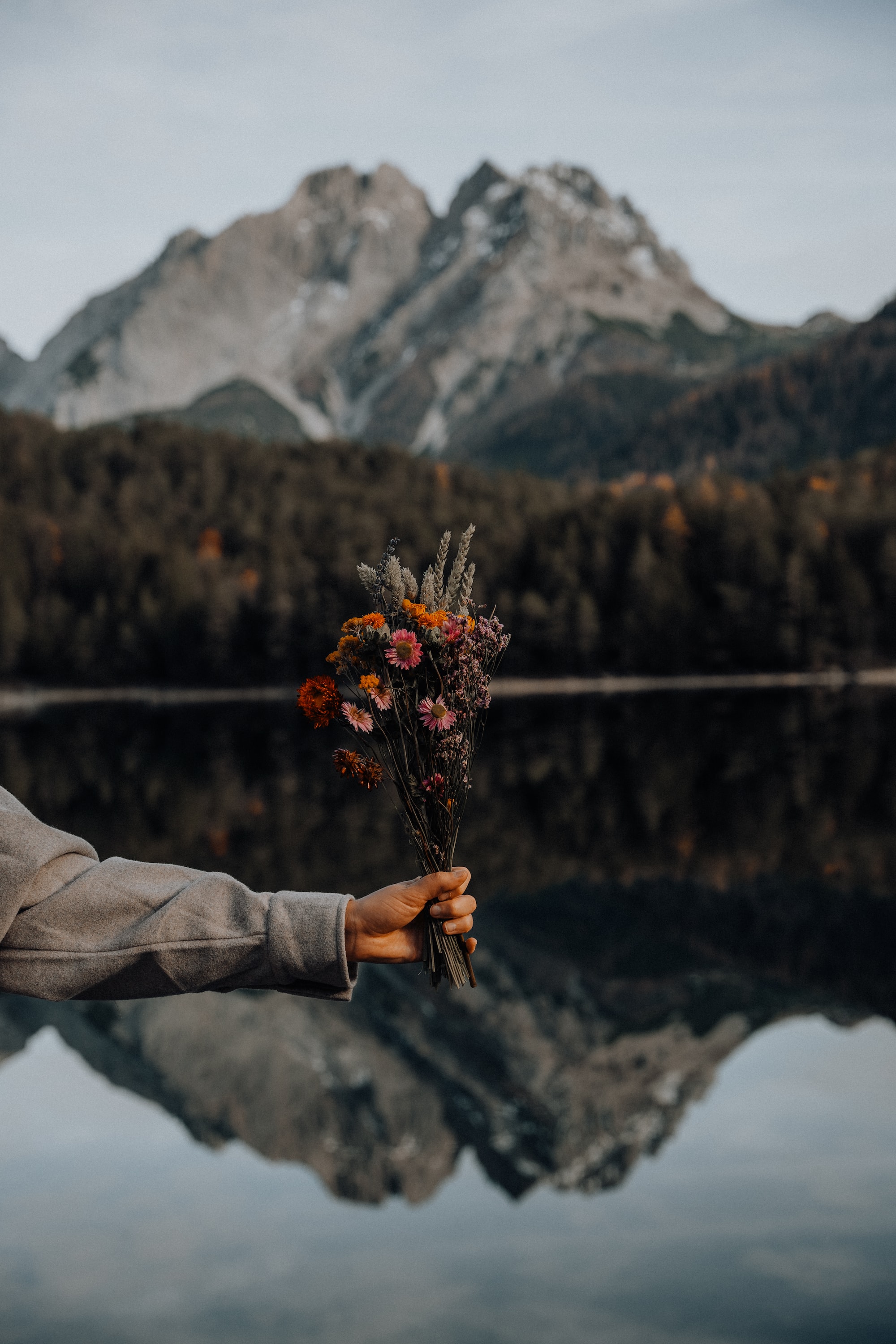 Please reconfirm subscribers at this link or in the menu. Also try our new search engine!

A list of the top ten richest people around the world for the year 2020, did you know them before?