On 3 June 1915, the British forces took control of Amara (currently Maysan) after the Turkish army was defeated in several battles, and the results of the surrender of the Turkish leader, Halim Bey, with 40 officers, despite the support and tribal support of the Shiite .. These defeats caused great indignation by the clans - Which destroyed and plundered the Turkish pieces.

▪︎ One of the hilarious things is that a full Turkish battalion has sent a letter announcing its readiness to surrender to the forces of the British Commander Tawzend - amounting to about 22 soldiers !!.

The Turkish leader, "Nur al-Din Bey" prepared to face the English expansion; by securing the blocking and fortification lines; and leaving a symbolic force inside the "Ali Western Region" in anticipation of any British-led move towards Kut al-Amara.

The Iraqi Shiite clans had a great role in confronting the British forces. He mentioned "Wilson", saying that the Banu Tarif enjoyed great courage, despite the bombing and shelling of British guns and machine guns.

On 12 August 1915 the British commander Tawsend arrived in Basra; in the same month of the 32nd day, the latter was informed by Nixon - that the occupation of Kut al-Amara should be accelerated in order to pave full control of Basra.

On the 30th of August 1915, the British forces took control of the Ali Ali Al Gharbi area, and from there they headed to the south of Kut al-Amara, to cause violent battles between the two sides, which led to full British control over Kut al-Amara on September 29, 1915, after the Turkish forces withdrew towards Salman Pak (Al-Madaen). South of Baghdad.

As a result of the Battle of Kut al-Amara, Britain lost about 1229 soldiers between one wounded and one dead. As for the Turks, they lost about 1700 people and captured about 1289.

The British forces worked to fortify their positions inside the Kut al-Amara; the India office, through him, considered his representative - "Sir Barrow" the Secretary-General of the office; that the presence of the forces inside Kut would enhance its strength and its complete willingness to control Basra completely, because of the important Kut location And Al-Amin from a natural point of view between two rivers; and from a military standpoint represented by the cannons and the destroyed fleet there

The confidence of the British with high capabilities made Nixon think about the extension towards Baghdad without the need for any additional force facing the forces of his Turkish opponent, "Nur al-Din Bey"

During this control, the Turkish forces continued to deliver heavy strikes over the heads of the British, which caused great human and material losses.

British forces prepared to attack Baghdad from the south; they gathered at the Aziza area.

Meanwhile, sudden attacks by Shiite clans against the British followed; the attacks - caused terror and devastation that affected the British camps; between killing and looting; and (( helped the Turks )) to kill and capture thousands of English and Indians; most notably - the British leader’s families Reilly, after a clan ambush.

On November 25, 1915, and following these battles, the British commander, "Townsend", ordered his forces to withdraw towards "Laj" and from there to Al-Aziziyah, from which the British forces also exited - under Turkish strikes and Iraqi clans, most notably: the Khushum Saad tribes; Ad-Diriyah; the mother of drums.

▪︎ On December 3, 1915 British forces arrived in Kut al-Amara; it was followed by a siege of Khanaq - which lasted for about 147 days.

The British commander, "Tawzend", felt very bitter because of the actions of the Shiite tribes against his forces; and from what he said: (The Arabs found a group that does not know mercy, they are a group of coward villains).

▪︎ After the failure of the Townsend campaign against Baghdad and the siege of Kut al-Amara by ( Shi'a and Turkish clans) , an English committee was formed from the offices of India and London to verify war operations and health measures for soldiers ...

▪︎ On the part of the investigative committee - the Baghdad campaign was considered a failed and erroneous political and military actions, due to the lack of preparation and after the logistical supplies, exhaustion and hunger that afflicted those attacking forces. The committee revealed the duplication and disagreement between the offices of India and London with regard to the issuance of decisions that caused disastrous results on the ground, they held the India office the first responsibility ...

The events of the siege of Kut al-Amara began on December 4, 1915 an( ended with the surrender of "Townsend" on April 9, 1916. ) A factor near the continuous supply and supply of Baghdad had a major role in the Turkish forces continuing their campaign against the British forces by bombing and clan clashes.

▪︎ And with a message sent by the Turkish leader, "Nur al-Din Bey", in which he called on the British commander Tawsund to bring peace and unconditional surrender.

Later, the German commander "von der Gülitz" arrived and took over the command of the Sixth Turkish Army, who decided for his part - to impose the siege on Kut al-Amara.

The British commander Tawsand tried to prolong the siege before surrender by resisting the Turkish and clan exposure and arresting the elders of Kut as a lesson for all who are trying to betray the British forces in favor of the Turks; and confiscated the buildings so that they could be military hospitals to wounded his forces.

These arbitrary measures and many others - against the besieged people of Kuwait; cause enmity towards the British; they lost the citizens of the region with Turkish forces secretly; 'by transferring confidential information about any possible operation from within Kut; from them through matters swimming to transfer that information; and Among them were those who deliberately stored foodstuffs and grains to harm British forces.

▪︎ In its strength, the British undertook a qualitative operation, which resulted in the capture of 11 Turks and after their interrogation; the British knew the number of the Turkish forces besieged to Kut; they are 4 legions and expect the arrival of the Legion 52 and Legion 26,  about a thousand soldiers.

The commander of the British forces and their officials in the offices tried to drag the higher authorities to cooperate with Russia in order to put pressure on the Ottoman government of Baghdad; these proposals were rejected and considered a bad act; and it causes great harm to British interests in Iraq.

((( The Kut al-Amara clans continued to cooperate with the Turkish forces; the most important was to transfer information about the location of the British command center until it was bombed from outside the city. )))

On January 27, 1916, Britain sent a large force - which numbered about thousands of soldiers; but it failed to break the siege - after losing about 17,000 soldiers between a dead and wounded; and the most important reason - resistance and violent fighting by the ((( Shiite clans )))  at the time.

▪︎ After those attempts and messages that demanded his surrender - Townsend chose the path of steadfastness and had to confront both: the Turks with their heavy weaponry; the fierce ((( Shi'a clans ))) and the people of Kut cooperating secretly; and the soldiers who escaped, including the Indians.

As for one of the most important secrets of Tawzand's steadfastness throughout this period - he stored grains and foodstuffs; and solved the problem of feeding his soldiers who refuse to eat horses and cows from Muslims and Sikhs - after he asked their scholars to issue fatwas analyzing the eating of the meat of those animals.

As for the most important problem that caused Tawzand desperation, except that the soldiers fled from inside the Kut al-Amara; and they were accompanied by Turkish propaganda that says: ((( Everyone who escapes from inside the Kut will own a wife with a Piece of land. )))

▪︎ After exhaustion, hunger, and major deaths - and as a result of negotiations between the two parties, (((Townsend convinced of the necessity of surrendering with the 13309 soldiers and officers; and he paid a ransom of one million pounds. )))

Immediately after the command of the Turkish Forces Commander and the Governor of Baghdad, Khalil Pasha, the Turks issued an order that their British captives walk about 2,200 miles in deserts and mountains; 70% of the British and 40% of the Indians died.

The offer of paying the ransom by the British forces at the request of the Turkish forces at the time; losing the prestige of Great Britain globally; and tarnishing their image despite the attempt to conceal these scandalous incidents.

And Here Is a Small Video Talks About The Turkish Victory In Kut Al-Amara Siege And How The Brits Lost The Battle And Sign Surrender Treaty, With Victory Of Turkish-ARAB ( Shiite Clans - Tribes ) In IRAQ,TURKEY

Iraq between the occupation and the mandate league: Abdul Razzaq Al-Hassani.

The role of Shiites in the development of modern Iraq: Abdullah Al-Nafisi.

Thank you For Reading The Article , I Hope You Enjoyed It , Please Do Not Forget To Subscribe To Support Our Authors. Thank you

Several psychological tactics can be employed to our advantage. If executed correctly, they can play a significant role in our life. 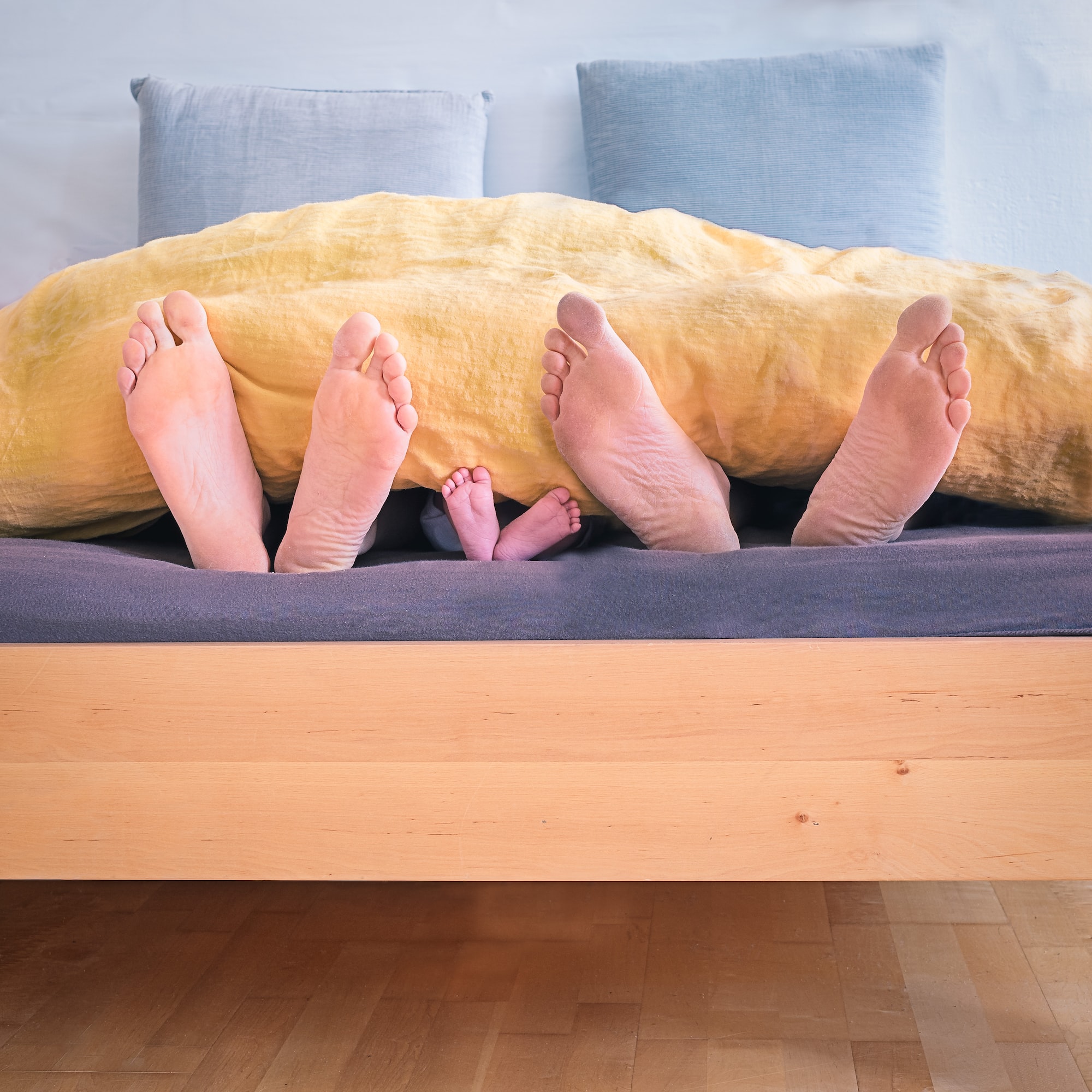