India being an economically backward country could not provide a fair level field to all Indians! I am talking this in context to the times around the 2nd world war that led to the Great Depression and economies started rising! At that time as well the western economies and far eastern economies were very much developed and had state to art technologies and infrastructure. Sports was taken up as science even at that time but back in India science was not entered in sports. Even today if say especially swimming, still science is a far distant reality. Why am I saying so? The following text will reveal it and again I will try to stimulate the reader's intellect to unlock certain untold puzzles! The prevalent notion, “Padega likhega tue banega nawab, khelega kudega tue hoga kharab”, has discouraged the talented youth to get into sports. I believe this notion has been planted into the souls of Indians, why? So that Britishers can get a timely and educated workforce for the middle and lower level management being India a colony. This notion was appreciated by the Indians at large because the country at large was facing very low PPP as per statistics but in reality, the situation was much worse for a common Indian. That is the reason why many people still stay away from sports in India. Today trust me sports just like any other investment! The wiser the decision the yields are fabulous. Imagine if you just participated at world championship level you can get a government job worth 100,000 INR for just training. The package is great because the opportunity cost concept and the concepts like payback period, present values study and cost and revenue relations, gives very strong positive correlation. The time hours are 2 hours in morning and at noon, that makes it total 4 hours or be more optimistic than say maximum 5 hours a day, 6 days a week. Now, just compare your dream jobs with this payoff! You will love to opt for this one.

Today the Indian haul at the elite sports tournaments like Olympics, Asian Games, World Championships etc can be seen in the table below:

There are no medals of Indian swimmers at any Olympics and World Championships! Although if Late Sachin Nag the legendary Indian Swimmer had been allowed to participate in 1952 Helsinki Olympics then he would have definitely won a gold for India. Why I am saying so, because at that time Sachin Nag once clocked 1.02 seconds in the 100 mtr Freestyle event in which he won the sole gold medal for India in 1951 Asian Games and Johnny Weissmuller the then World Champion clocked 59 seconds. The point to be noted here is that Johnny Weissmuller was using the latest science in sports, whereas Sachin Nag was not!

The above table shows that out of total 9 medals in Asian Games 6 has been won for the country in the year 1951 i.e. the 1st Asian Games at Delhi. Then after 1951, it was in 1986 when Khazan Singh Tokas won another Silver Medal at the Seoul Asian Games with a bettered new meet record after the gap of 35 years! Then after 24 years down the lane bronze medal was won in the year 2010.

What I wonder here is that, at the time of the 1st Asian Games, it was pleaded by the swimming fraternity in India for the development of infrastructure to foster the speed and quality of training, so that India can perform much better than in the Asian Games. Today, in India the level of infrastructure is far better than in 1951, still no medals in the elite tournaments! Why?

Why I want to highlight this concern is because I myself have been a swimmer and it really hurts when the performance fails to win the medals! The possible I could figure out are:

1. Poor talent scouting by the coach and the agencies:

a. This issue is supported by greed of money to earn more with big batch size.

b. Even those who do not qualify to become an elite swimmer are also selected out of greed to earn money.

2. Rule of thumb not science:

a. Majority of coaches cannot study literature in English.

b. Lack of aptitude and attitude to study and follow science.

c. Sometimes parents force coaches to forget use of science in the urge of quick results.

d. Many times I have observed parents tell a coach, “I am happy that my kid is a medal winner at State level or Nationals” i.e. lower and inferior targets.

a. Petty politics imbibed and such value system have been inculcated within the professionals.

b. Only focused on to earn their supernormal profits by all the means.

d. Only those coaches are allowed to attend FINA’s courses and clinics who are boot lickers and blind supporters.

e. Only boot lickers are allowed to work as technical officials in the tournaments and only such people are recommended for international level tournaments officiating.

f.   Such people are also sent with teams for tournaments to keep their loyalties intact.

g. Cheating in vivid colours is cherished by these people in tournaments.

i. These people are cherishing their luxuries at the cost of talent of the country!

ii. No good coach can work and give results for the country if they do not oblige this syndicate.

iii. The black sheep has hijacked the system:

1. Swimmers of such good coaches lose races as a result of cheating of vivid colours. Thus, discouraged and forced to compromise and follow the cartel guidelines.

iv. Threaten all those stakeholders who do not follow their instructions.

i.   They are controlling the sport from 4 to 5 decades.

j.   Harassment and demoralising those swimmers who are not following the directions of black sheep.

k. R&D is discouraged, hereby other stakeholders shy away from it.

4. No worries for the life of swimmers and people who want to pursue swimming as a career!

5. Inferior people in the profession are in majority.

6. Real talent is not getting the required platform and infrastructure to develop and prepare for elite tournaments.

7. No concept of long – term planning or Macro planning.

a. Inferior coaches and short – term greed of parents not only dilutes the macro planning but also it is never drafted.

i. For both stakeholder’s glitter of medal is very important for the satisfaction of snobbish attitude and alluring new clients.

b. Drafting and implementation of such plans for elite swimmers needs a team of highly qualified professionals, which is not created due to petty greed of revenue sharing.

c. Such implementation is a very tough and hard – working project which coaches and agencies shy away from undertaking because good volume of money is flowing in with much ease.

d. Unlike other developed countries that have team A and B kind of concepts, where elite swimmers only prepare for elite tournaments is absent.

8. Failure of the Federal Government and its Sports Ministry to check this cartel!

a. Irony is a former Sports Minister Mr. Rajyavardhan Singh Rathore, an ace shooter of the country who has won an Olympic Silver Medal has faced off with this cartel and knows it deep down!

9. Use of excessive supplements and being dependent on it is driving them away from natural diet – based strength.

Lack of unbiased and true and fair support of the coaches and agencies is the biggest obstacle in the development of elite swimmers in the country, at the time when the watchdog of the federal government i.e. the sports ministry too seems to be submissive and helpless.

Today, it is of paramount importance to understand that sport’s is a very good investment but a very careful investment! Understand your kid to the fullest and use scientific tests and gel it with the interest of the kid to unleash the potential to the fullest.

We must change our notion as mentioned above and understand the importance of sports in life that teaches you discipline, hard work, sincerity, honesty, facing challenges and tough times and above all how to take defeats and handle your winnings!

In words of F.W. Taylor, the father of Scientific Management has explained in his scholarly work with empirical studies, “Science not Rule of Thumb.” 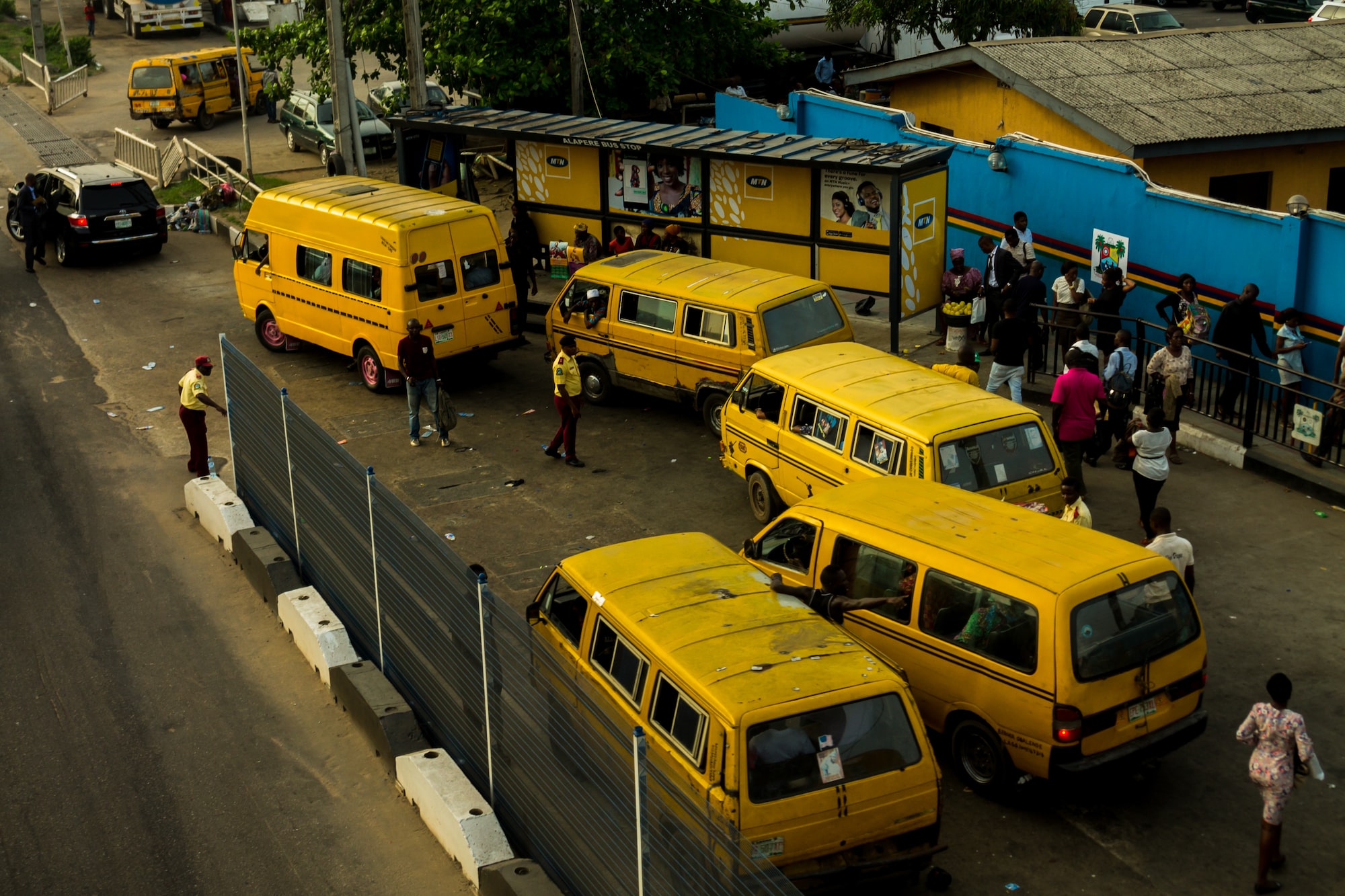 As a tropical country, Indonesia has lots of National Parks with tropical animals. In this research, I would like to share knowledge about Tangkoko National Park located in North Sulawesi of Indonesia.