Languages are the use of a system of symbols and sounds which are agreed upon by a group of people. The origin of language is as old and the existence of the human race. The language originated from the continuous use of sounds and symbols by early humans which allowed them to communicate with each other. The biblical book of Genesis (chapter 11: 1-9) gives a different idea on the origin of languages. The book of Genesis gives the narrative of the origin of language in verse 1, "And the whole earth was of one language, and of one speech," this verse of genesis attest to the existence of a single language among the entire human race until the Lord created multiple languages among the people of Babel which the Lord later scattered all over the world. [1] This narrative clearly shows that the Lord created multiple languages to confuse the people of Babel. Also, he later gave the power of the "gift of tongues" to the apostle to proclaim his gospel. (article continues below)

The origin of speaking in tongues can be traced back to the biblical book of Acts of the Apostle. [2] The book of Acts gives a detailed account of how the gift of tongues was given to the apostle who was in the “upper room” and a sound came unexpectedly out of heaven with a violent wind and filled all the house where they were sitting. They were filled with the Holy Spirit, and began to speak with other tongues, as the Spirit gave utterance to them”[3]. This chapter of the bible explains how the gift of tongues were given to the apostle, also Luke, the writer of Acts explained further what it means to speak in tongues, “The crowd gathered as the news spread, and they were confounded, because each heard them speak in his own language. So they were all amazed and marveled, saying to each other, Look, aren’t all those who speak Galileans? How then do we each hear in the language of our birthplace? [4] From the book of Acts it clearly shows that to speak in tongues is to be able to speak in a language that is unknown to the speaker but understood by others.

After this biblical concept of speaking in tongues, Eusebius, a fourth century historian wrote that those who spoke in tongues are called followers of Montanus of Phrygia who became the leader in support of speaking in tongues after the death of John the Revelator. Eusebius wrote in regards to followers of Montanus would be “carried away in spirit, and wrought up into a certain kind of frenzy and irregular ecstasy, raving, and speaking and uttering strange things.” [5] This description of Montanus followers were rejected by the church and were tagged as heresy and this was captured by Irenaeus in his book “Against Heresies” where he was addressing the issues of speaking in tongue. he wrote that “In like manner do we also hear brethren in the church who possess prophetic gifts and through the spirit speak all kind of language and bring to light for the general benefit the hidden things of men and declare the mysteries of God, whom also the apostle term spiritual.”[6] Pochomius was recorded  to have spoken Greek and Latin language which he never learned but attribute it to the power of the spirit”[7].

In the Dark Ages, when the Roman empire fell and the Catholic church occupied the power of Secular and Ecclesial authority over the people which is known  as an era when the Church ruled with iron fist. The church recognized the gift of tongues in Saint Louis Bertrand and Saint Francis Xavier,  both of them were recorded to have spoken foreign language they didn’t know [8]. The era of the Reformation witnessed the decline of the Church power and authority, it was recorded that Martin Luther who was the champion of the reformation, was “a prophet, evangelist, speaker in tongues, and interpreter, in one person, endowed with all gift of the Holy Spirit.” [9] With the reformation ravaging the Church power in Europe, there were accounts of different sects that were gifted the power of the tongue like the Cevennes (France), Wesleyan (British), Quakers (England), Shakers (England), Irvingites (England) Mormon (America) later the Apostolic Faith (America).

Throughout the development of speaking in tongues the principle began to change when it was captured that the “Wesleyan movement was one of informality, spiritual fervor, and religious enthusiasm. Crying out with groans and sobs in prayer, shouting and uttering of “unintelligible sounds” were common of this period”[10] it can be argue that speaking in tongues was seen as a true manifestation of Christ followers which made early Christian to claim to have possessed such gifts in order to gain followership.

There was a viral video that was shared among Nigerians on social media platforms, especially on WhatsApp status. In the video, a preacher in a church told his congregation that “if you are a Christian and you have not spoken in tongues straight, for six hours your life is a joke.” Meaning that a Christian should have to speak in tongue for at least six hours once in their lifetime or else, their life is a charade. The contemporary speaking in tongues in our society is what linguists called glossolalia, which is different from what the book of Acts gives its account, the Acts descriptions is  called xenoglossia.

According to William J. Samarin, a linguist who worked on glossolalia in classical linguistics, defined glossolalia as, "a verbal behavior that consists of using a certain number of consonants and vowels." [11] Glossolalia is a Greek word which is formed from  glossa – “tongue” and laleein – “talk or speak,” glossolalia occurs in the midst of religious ecstasy, trance or delirium which is claimed to have been caused by a supernatural spirit which is channeling the language of a divine being and occurs in a natural state.

The term xenoglossia is a paranormal occurrence in which a person is able to speak a language that he/she has never heard, read, or been exposed to in any way, xenoglossia is a Greek word which comprising of two meaning xeno - “strange” and glossa - “tongue” which means “strange tongue”. The paranormal attribute of xenoglossia can equate to the event that happens in the Act of the Apostle which was paranormal (miraculous) to the people at that time.

In contrast, the use of speaking in tongues, Martin Dale in his book "The Corinthian Body" captured the view of the philosopher Celsus on speaking in tongues. He wrote that "having brandish these threat they then go on to add incomprehensible, incoherent and utterly obscure utterance, the meaning of which no intelligent person could discover for they are meaningless and nonsensical, and give a chance for any fool or sorcerer to take the words in whatever sense he like.”[13]  In 1265, Thomas Aquinas in his book Summa Theologica explained that speaking in tongues was a gift given to an individual for the purpose of missionary work. Aquinas wrote, "the gift of speaking in tongues as stated in New Testaments means the ability to speak every language given for the purposes of missionary work. Christ did not have this gift because his mission was to the Jews."[14] The late American television evangelist and founder of Worldwide Church of God, Herbert Armstrong assert that speaking in tongues or "gifts of the tongues spoken in the bible is the ability to speak of God in other languages that are foreign and previously unknown to the speaker."[15] What Aquinas and Armstrong were saying is that for someone to be able to speak in tongues, that individual would need some miraculous ability to speak in another human language unknown to that individual and this negate the present day speaking in tongues (glossolalia).

Ardent religious followers try to equate glossolalia as a supernatural occurrence but researchers have attempted to debunk it and scientifically explain the phenomena. This unintelligent utterance technique is a "neurotic or psychotic symptom, a form of epilepsy or most commonly a hypnotic phenomenon resulting from religious excitement"[16]. Researchers have identified at least two forms of the practice of speaking in tongues as a form of ecstatic and frenzied while the other form is subdued and nearly silent,.Research also found that the people who speak in tongues are more emotionally stable than those who do not (I wonder how an emotionally stable person will find comfort in speaking unintelligible utterance that is meaningless and gibberish!) and they do not have a neuropsychiatric disorder. Contemporary speaking in tongues is a classical  use of glossolalia which is caused by an ecstatic utterance that produces unintelligible sound which is meaningless and it is a different phenomenon from what is originally described in the bible which is xenoglossia.

[1] Read the bible book of Genesis chapter 11 verses 1-9. For the account of the people of Babel.

[15] Eric Anderson. The Plain Truth about Speaking in Tongues Retrieved from http://www.the trumpet.com/authors/10-eric-anderson 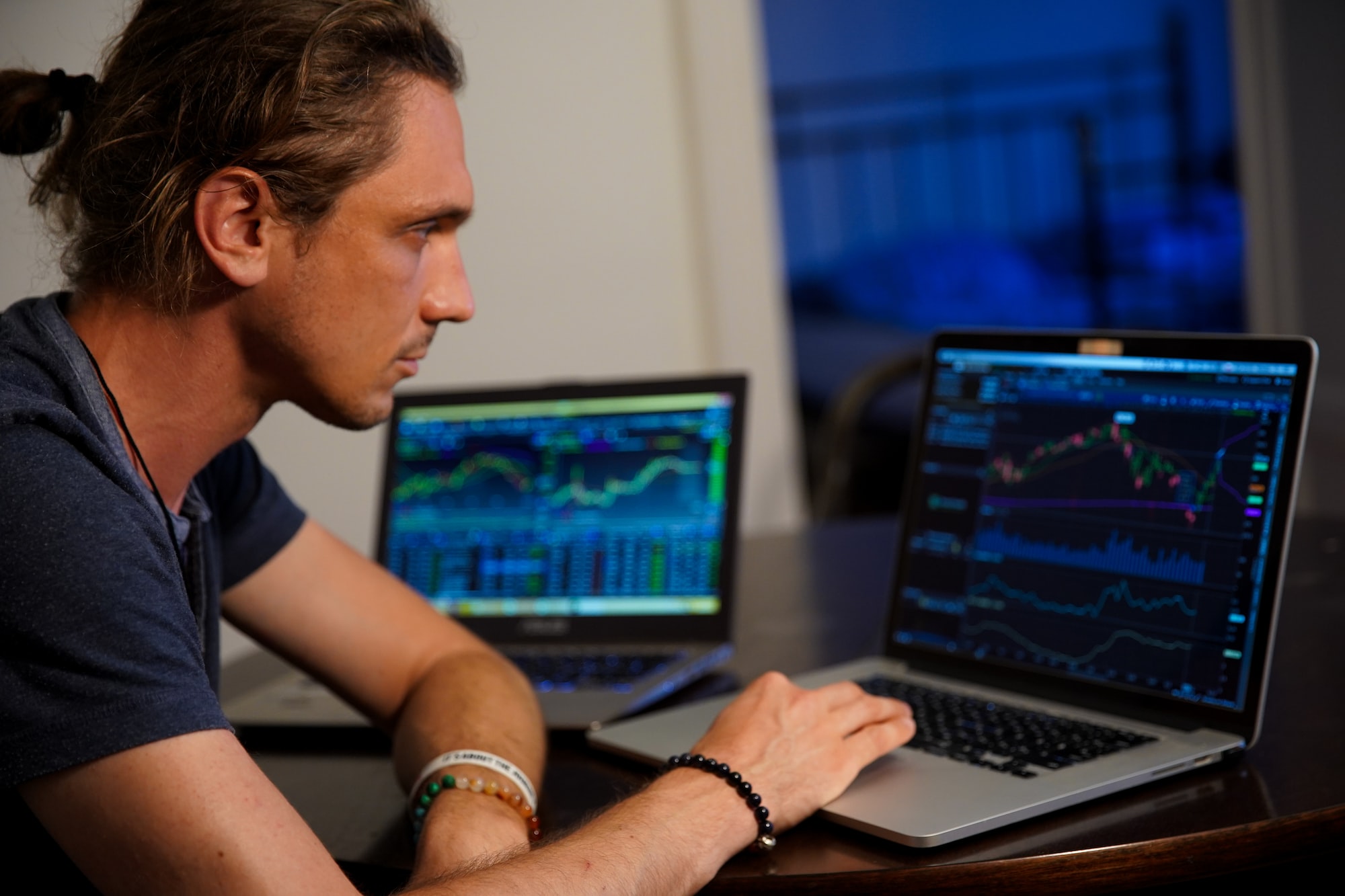 Are Jump Trading and Akamai Trading connected to the Chicago Outfit and Unethical Italians? Just a hunch, and I'm sick of Pizza too.

Real or Fake? How do we know it when we consume news nowadays?