Cultism the order of the days among Nigerian students

Cult/Culture explained via actions on street? 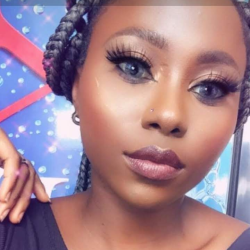 Cultism is a system of practiced or practiced cult. What then is cultism? Cultism as defined by the Macmillan dictionary (1), is a religious group, especially one with beliefs that most people consider strange or dangerous. Another definition states that, a group of people with a religious, philosophical or cultural identity sometimes viewed as a sect, often existing on the margins of society or exploitative towards members.

Cult, was brought into the African nation by people like Wole Soyinka, Nelson Mandela to mention a few for the benefits of freedom and peace in our African countries. But as the years passed cultism turned into something else mostly in this part of Africa Nigeria most especially among the Nigerian students'.

Here is an example of Cult behavior. Most of Africa supports Trump in my observances.

Cultism is now a thing of blood she'd where people get initiated some coming out alive while some dieing in the process of their initiation. It has become a thing of pity where young boys and girls with which their parents has suffered day in day out just so that they make them proud but instead their children go about bringing problems to them back at home. Some who are already members go as far as forcing the innocent ones and newly admitted students to want to join and go as far telling them lies on how they will be immune to school authorities and even government authorities just so they can join them and in a situation where one is not ready to comply with them they throw threats at them saying that they will be killed thereby making the innocent ones scared of their own lives. The fun of everything is that, when one joins they get to enjoy all kinds of luxury that will be provided to them but at the end of the day you still have to pay at which that's where the problem is, cause you will be forced to either bring a person to join or kill to get to a high position and at the end of the day you have no choice but to choose and some of them go into shedding of blood of the innocent souls just to pay their due price.

The most amzimg part is that some students come.up with flimsy excuses to why they had to join the cult and some of their reasons will be that it's the death of their parents that caused them to join while some will say they just join cause they love the way one of which is a member is maybe in attitude and actions, well not all cultist are dangerous some are actually there to help out with situations if need arises like a peaceful protest against some bad situations which needs to be attended to at hand. While some join just because they want to oppress the students who are not up to their level of livelihood.

It is so bad that CULTISM has become a center with which Nigerian students use to practice evil, kill the innocent souls and also waste their lives in the process and they will say that they are enjoying their youthful stage. No one is against that but it should be done wisely. Pretty sure that in the likes of them Wole Soyinka and the rest of the members who created this are all leaving in regrets because the youths of this present age especially the Nigerian students have turned it into a thing with which they used to obtain people and even go as far as raping girls old and young

Is Sleep the Reason for the Success of Bill Gates?

Rise of the Ottoman Empire

Algiers: The Capital of Beauty and Civilization

"Humanity" a Word for Humans?